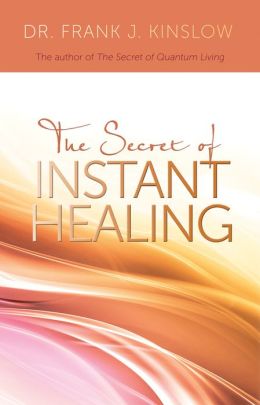 The Secret of Instant Healing

Frank Kinslow says the answer to our problems is in becoming aware of the state of Nothing, the state of Pure Awareness.  And I agree.

One of the statements I often use in tapping for people with fibromyalgia says:  “Everything I’ve ever done has done nothing to solve my pain.”

In tapping, I have come to realize that we are mostly, perhaps solely, becoming aware and observing our emotions, feelings, and experiences.  In the observation comes freedom.  The more sessions I conduct with people, the more I realize how “doing nothing” and “simply observing” goes so completely against the grain of our personal patterns and cultural traditions.  Part of my task in tapping is to allow a person to simply pay attention to what comes up for them, and keep them from dashing off to somehow find a solution and fix whatever they become aware of.

I love tapping because it’s a layer by layer approach to gently paying attention to a person’s life, with remarkable physical and emotional results.  Kinslow’s Quantum Entrainment is equally gentle, but even more magical.  Drop into a state of pure awareness and people instantly feel what Kinslow labels a “eufeeling,” short for euphoric feeling.  A eufeeling might be stillness, bliss, joy, peace, or something like this, a pure unconditional feeling that is not dependent on anything else – it just is – right there at the place where we become aware of pure awareness. In the state of pure awareness, healing happens naturally and automatically – there is nothing to do.

Kinslow gives some brief and eye-opening exercises for becoming aware of the state of pure awareness, or Nothing.  Focus on two object that are near each other – it could be two fingertips, the two taillights of a car, whatever.  Now, instead of focusing on the objects, focus on the empty space between them.  You may feel something change within you – a different feeling as you drop into emptiness instead of putting your attention on discrete objects.  Play around with this and you’ll be playing with Nothing, with Pure Awareness.

Another exercise is to simply follow your thoughts, one after the other as they arise. After a few moments you may notice your thoughts slowing.  You may notice a space between the ending of one thought and the appearance of another thought.  This space is the place of Nothing, of pure awareness.

Or, you might follow your train of normal thoughts for a bit, and then ask yourself,  “I wonder when my next thought will appear.”  The space that shows up between the last thought and the next thought is the place of pure awareness.

Play with these exercises, and you might find as I have found that it becomes easy and natural to sense the state of pure awareness.

Once you have access to pure awareness, you can quickly begin to help others heal.  This is why Kinslow calls the process Quantum Entrainment.  If a person is suffering from a physical or emotional issue, just be aware of what healing would be for that person for a moment, then enter the state of pure awareness, and the person who is suffering will be affected by your entry into pure awareness.  You can place your hands on the person as you’re in the state of Nothing, but it is not necessary.  Nor is it necessary to be physically present with the person to have a Quantum Entrainment affect for their healing.

Kinslow’s Quantum Entrainment is based on his decades long pursuit of enlightenment in the eastern traditions and his fascination with science and quantum theory.  After decades of pursuing enlightenment he finally discovered that it was the “pursuit” that was preventing his encounter with enlightenment.  In pure awareness, in Nothing, is enlightenment.  It’s not a thing to be attained, but a state to become aware of.  One can feel the resonance of the eastern traditions and the quantum background in Kinslow’s book, but one need not know anything about these traditions to benefit from Kinslow’s discoveries.

When I first read The Secret of Instant Healing, I did so interested but skeptical reader.  I picked the book up again after becoming a full time EFT practitioner – and this time around,  Kinslow’s every word has gem-like qualities for my reading.  Even in the EFT world, I don’t hear as much emphasis as I’d like about simply paying attention and observing.  That’s quantum stuff for sure, and I find it deeply applicable to EFT, but it sometimes gets a little muddled up with the tapping on acupressure points, the search for core issues, and the techniques of EFT.  Kinslow is purely about pure awareness,  and as he says in The Secret of Instant Healing, any healing modality that works, works because it contains an element of pure awareness within its techniques.

So, why bother with EFT if the Secret of Instant Healing is so pure?  My answer is because EFT can be such a great source of paying attention to a person’s life.  After each round of tapping, if we simply pay attention to what comes up during the checkin, then we can tap with greater and greater awareness and observation.  EFT gives us handles for latching onto our life experience as we expose it to pure awareness.  I have found that doing Quantum Entrainment without using EFT can be amazing, but sometimes it leaves a person feeling great, but without a clue as to why they’re feeling better.  EFT, in some ways, helps a person become more aware of how pure awareness makes a difference for their living.

Can you tell I’m excited.  Get the book.  Enjoy.