In the fall of 2012 I offered ICE Method sessions to 39 patients at the Frida Fibromyalgia Center in Portland, Oregon.  Of these, 33 reported experiencing the Calm State.  For those who experienced the calm state,  27 of them were pain free at the end of their single session.  For the other six, the average pain level diminished from an average of 6.0 to an average of 2.5.  The following table shows results for the 33 patients who experienced the calm state. 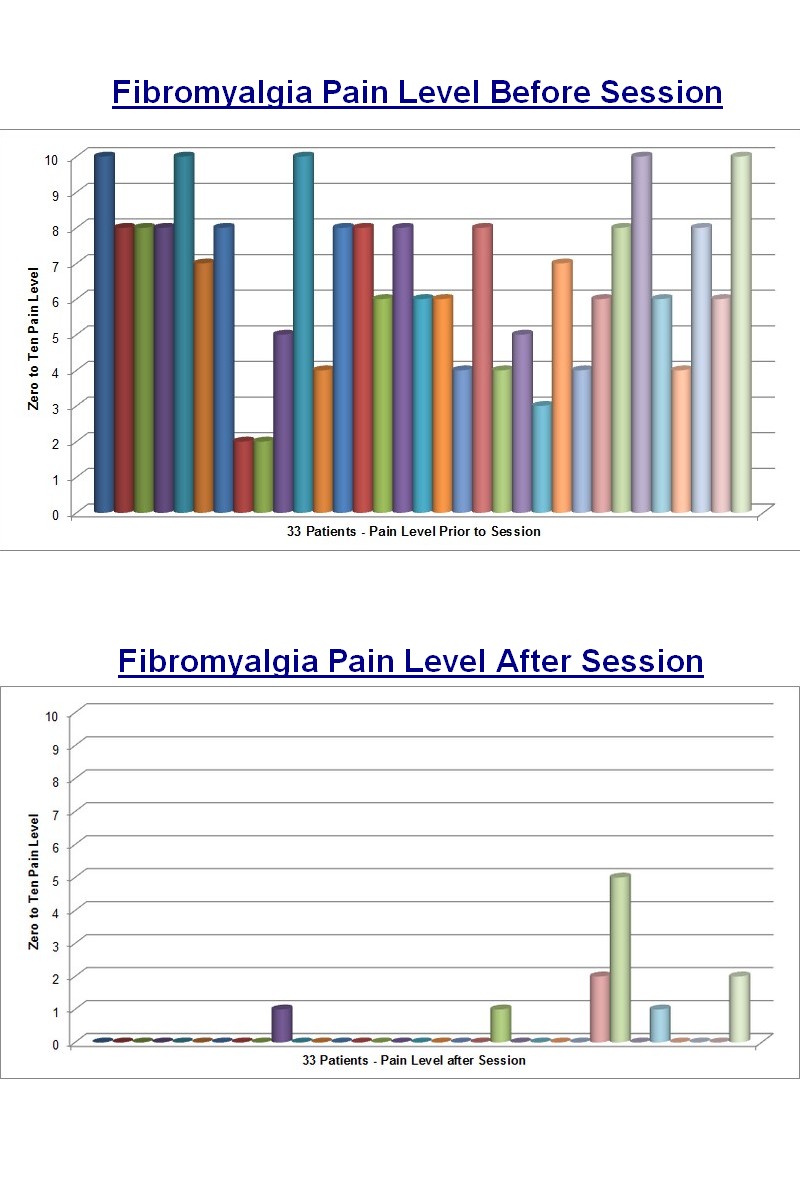 *Seven of the patients did not experience the calm state during their session.  Two important observations arise from these seven patients.

Abstract:
Research has demonstrated the involvement of peptides in the function of both mind and body.1 Research has also demonstrated these instructional peptides are created in response to emotion. More recent research has demonstrated that the peptides in memories become labile when the memory is retrieved.2 These peptides that carry an initial emotion can then be replaced by new peptides that carry different emotions. Using a process that employs these research findings, the effect of peptide replacement on physical pain levels was studied in 30 patients suffering from symptoms of fibromyalgia. In a majority of cases, long-standing fibromyalgia pain was eliminated temporarily in a single session.

The article is currently being prepared for submission for publication.  A PDF copy of the copyrighted draft article is available by clicking on this link. Fibromyalgia symptoms eliminated using reconsolidation update mechanism

More information and results will be reported in the future.

Thank you for your interest,