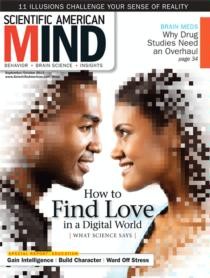 Chronic Pain is related to an impaired hippocampus – and that’s related to
fight-or-flight and to ICE!

Here’s more evidence that Chrnoic Pain and the fight-or-flight response are related.  Another reason I believe EFT and The ICE Method can be effective in reducing or eliminating chronic pain in fibromyalgia and other chronic pain maladies.Scientific American Mind, in its August 2012 issue has an article entitled,

People sufferering from chronic pain have a smaller than normal hippocampus.

and Joseph LeDous, in THE EMOTIONAL BRAIN (reported on in an earlier book report )- notes people who are stuck in fight-or-flight response from an over-active amygdala eventually damage and reduce their hippocampus cells and the overall size of the hippocampus in the brain.

Both the article and LeDoux note that Hippocampal cells are some of the few cells in the brain that can regenerate, and this happens when the stress signals from the amygdala are calmed.  I have found that  both EFT and The ICE Method I developed can be effective in reducing chronic stress and chronic pain.  The ICE Method specifically and directly helps a person enter a calm state, what Bruce Lipton calls Growth Mode for cells, the place where they can take care of metabolism, waste removal, DNA repair  and other cellular maintenance issues.  From the calm state,  traumatic and stressful memories or future worries can be addressed and relieve using another finding from Joseph LeDoux’s team,  memory reconsolidation.  (Essentially – when memories are recalled they become fragile for a period of time and the traumatic emotional peptide  glue of the original event can be replaced by the calm peptides that are being produced while a person is in a state of complete relaxation.)

Although its not possible to make an exclusive logical connection betwwen the chronic fight-or-flight damage to the hippocampus and the chronic pain that is now associated with a diminshed hippocampus, my experiences in helping people reduce or eliminate chronic pain sysmptoms suggests that this is indeed a real connection. This is also consistent with Dr. Ginevera Liptan’s assertion in FIGURING OUT FIBROMYALGIA, that all the symptoms of fibromyalgia are a result of your fight-or-flight resopnse being stuck in the on position. (see earlier book report)

I developed The ICE Method as a modification of EFT, and I have based it on readings such as those noted in this post.  For more information, please take a look at www.TheICEMethod.com especially at the SCIENCE page and also the ICE How To page.